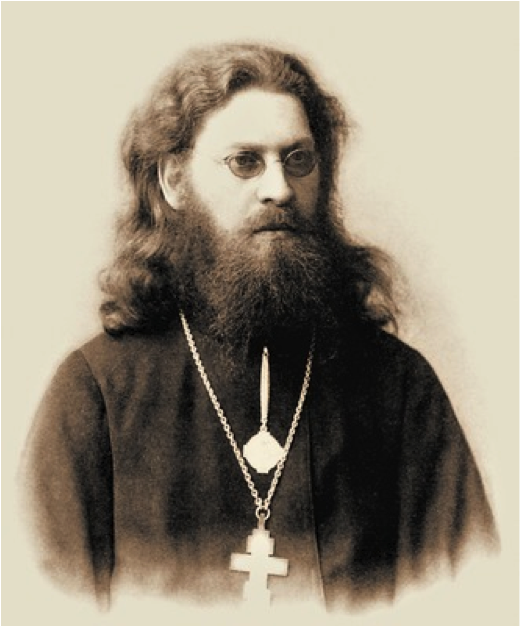 METALLOV, Vasily Mikhailovich (p. 1 [13] March 1862, the village of Antipovka, Kamyshinsky district of the Saratov province; died June 1, 1926, Moscow)—Archpriest, historian and theorist of Russian church singing, paleographer, composer, and pedagogue. The son of a village priest, orphaned early in life, he graduated from the Saratov Theological Seminary, and then from the Moscow Theological Academy. In 1884 he was ordained a priest of the Church of the Archangel Michael in the village Lipovka of the Tsaritsyn district, where he organized a male choir comprised of parishioners, for whom he composed chants arrangements. Metallov was greatly influenced by his acquaintance with Archpriest Dmitry Razumovsky, a professor of the Moscow Conservatory. In 1895, having received an invitation from the director of the Moscow Synodal School of Church Singing Stepan Smolensky, he moved to Moscow, where he became involved in the creation of a library of early Russian musical manuscripts, and taught at the Synodal School, becoming a member the School’s Supervisory Council. In 1901 he was offered the post of Professor of Church Singing and Religion Instructor at the Moscow Conservatory. The Holy Synod appointed him as a reviewer of church hymns submitted for publication. In 1914 he received a Master's Degree in Theology for his thesis, “Liturgical Singing of the Russian Church: The Pre-Mongol Period” (1906, 1912). After 1917 he continued his scholarly and teaching activities at the State Academy of Arts and the Moscow Theological Academy. On June 2, 1919, the People's Commissariat of Education adopted a resolution to exempt Metallov from the order that prevented clergymen from holding academic posts “... in consideration of Professor Metallov's deep knowledge in the history and theory of sacred music.”

Relying on numerous handwritten sources, Metallov studied the topics dealing with notation, the Octoechos (Eight Tones), and the origins of znamenny chant.

As a composer, Metallov authored more than 50 sacred works, mainly for a mixed four-part choir, as well as the cycles "Hymns at the Liturgy of St. John Chrysostom" (Kievan chant, 1893) and "Hymns of the All-night Vigil in Early Chants" (Kiev and Russian “Greek” Chants, 1898). In his works, most of which were published by P. Jurgenson (Nos. 1–35), Metallov adhered to the so-called “strict style” of harmony, identified by him, the principles of are outlined in his 1897 book of the same name.

With the voice of the Archangel

Magnification for the Annunciation

Blessed are they whom Thou hast chosen

The tomb was open

Prokeimenon at the Liturgy of Pre-Sanctified Gifts

It Is Truly Fitting

When the glorious disciples

Troparion of Great and Holy Thursday

When the glorious disciples

Troparion of Great and Holy Thursday

When Thou didst descend