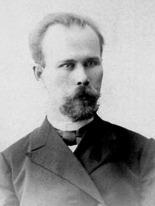 ALLEMANOV, Archpriest Dmitry Vasil’yevich (b. 22 October [3 November] 1867, Buzuluk, in today’s Orenburg district, d. 1928, Moscow) — completed the Orenburg Regional School, 1883-1885, served as precentor in the city of Iletskaya Zashchita; from 1888 lived in Moscow, where he studied composition with S. V. Smolensky, Yu. K. Arnold, and V. S. Orlov; from 1895-1899, served as director of the cathedral choir in Orel; from 1898-1901, served as precentor of the Vvedensky Church in the Novinsk Monastery in Moscow; in 1890 (1900, acc. to other sources) received a diploma of precentor of the second rank from the Imperial Court Chapel. In 1900 completed the Samara Theological Seminary, and was ordained to the priesthood; from 1901-1904 lived in Menzelinsk (Ufa district). From 1904 taught singing in the Moscow Theological Seminary, from 1910 taught history of church singing in the Moscow Synodal School. Author of several works in the ﬁeld of the history and theory of church singing, as well as composer of 93 known sacred works and arrangements of church chants (publ. by P. Jurgenson), a complete Obikhod [Common Book of Hymns], and harmonizations (with A. Zveryov) of Byzantine church melodies. A.’s compositions and arrangements are characterized by simplicity of voice leading and choral texture, and feature simple chorale-style harmony. Despite A.’s proliﬁc compositional output, only a few of his works have became widely used in the church repertoire: among them, the Heirmoi of the Kanon for the Nativity “Hristos razhdayetsia” [“Christ Is Born”], the Introductory Psalm at Vespers, and the Sticheron at the Lity for the Nativity “Likuiut angeli” [“The angels in heaven all rejoice”].

Open to me the doors of repentance

The Archangel Gabriel was sent from heaven

Sticheron at "Lord, I have cried" on the feast of Annunciation

Six days before the Passover

Sticheron at Litya on Palm Sunday

Come, let us work in the mystical vineyard (On the 4th Sunday of Great Lent)

Sticheron at the 6th Hour on Holy and Great Friday

Come, ye faithful, let us bow down before the life-creating Tree

Sticheron for the veneration of the Holy Cross

Thy Nativity, O Christ our God

Troparion of the Nativity of Christ